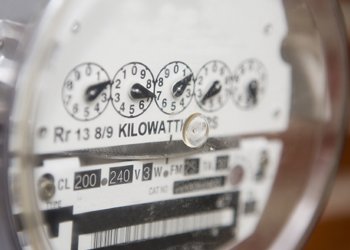 Energy suppliers have reacted indignantly to Labour’s claim they fail to lower prices for customers when wholesale energy costs drop.

Yesterday Shadow Energy Secretary Caroline Flint suggested energy firms run their businesses “in such a complicated way that it’s almost impossible to know what the true cost of energy is.

Speaking at Labour’s Manchester conference she asked: “Why, when prices rise do bills go up like a rocket but when they come down they fall like a feather – if at all?”

The trade body which represents Big Six energy companies as well as smaller firms was quick to rebuff the accusation as “unproven”.

Angela Knight, the new Chief Executive of Energy UK said: “There are many myths about energy pricing, including the entirely unproven suggestion that prices rise faster in response to changing wholesale prices, and fall more slowly when they drop. We strongly dispute this. Independent analysts examined the claims made and found the evidence unconvincing.”

However she was more receptive to Labour’s collective switching campaign launched by Flint, for people to club together to buy energy in the hope of cheaper bills.

Environmental campaigners also approved of the former Minister for Housing and Planning’s criticism of a “dash for gas”.

Craig Bennett, Friends of the Earth’s Policy and Campaigns Director said: “Caroline Flint is spot on – the Government’s new dash for gas and lack of commitment on renewable power will harm jobs, damage investor confidence and push up bills.

“Labour’s commitment to build new affordable homes must be extended to include a firm pledge to renovate millions of badly-insulated homes that cost a fortune to heat and make people ill.”

He added Labour and the Lib Dems must “join together” to fight Osborne’s “dirty plans for an expensive fossil-fuelled future.”

The likelihood of this is debatable as Ms Flint also criticised the Lib Dem Energy Secretary Ed Davey in her Manchester speech.