Investment in offshore wind would have a more positive impact on UK GDP and create thousands more jobs than gas. A new report by Cambridge Econometrics for environmental groups Greenpeace […] 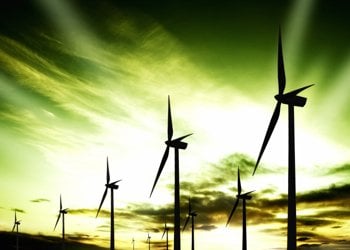 Investment in offshore wind would have a more positive impact on UK GDP and create thousands more jobs than gas.

A new report by Cambridge Econometrics for environmental groups Greenpeace and WWF claims it could increase GDP by 0.8% – or £20 billion – and create around 70,000 jobs by 2030. It could also prevent locking the country into natural gas use in the long term and save around £8 billion a year on gas imports, around £91 for every household.

The report comes ahead of Chancellor George Osborne’s Autumn Statement, in which he is expected to announce the construction of more gas-fired power stations.

David Nussbaum, Chief Executive of WWF-UK said: “With the right long term policy signals for investors, offshore wind could provide more jobs, more prosperity and lower carbon emissions than gas. The International Energy Agency and DECC are both forecasting continued increases in the price and imports of gas over the next 20 years, so too much dependence on gas would leave the UK very exposed to future price shocks.

“With the Energy Bill now before Parliament, it’s high time for the Government and especially the Chancellor, to open their eyes to the benefits that wind and other renewables will deliver for both the economy and the environment and seize this opportunity before it goes elsewhere.”

RenewableUK, the trade body for the wind and marine industry welcomed the report and said renewable energy is already a “proven team player” in the UK’s energy mix.

Maf Smith, Deputy Chief Executive said: “The Government is considering what else should be part of this energy mix. Renewable energy is a proven team player, which is helping the UK to manage costs and ensure security of supply while also tackling climate change. What’s more, renewables are doing this today. The question is, which other players will be on the team bus? That will be decided partly by their track record. All other technologies will need to pass similar robust tests.”

He added there is more support from the public for renewables than fossil fuels: “Every independent opinion poll this year shows that about two-thirds of the public support renewables and want more wind energy as they’ve already seen the benefits it brings. Fossil fuels, including shale gas, don’t enjoy that level of public support, as people have expressed their concerns about their cost, the environmental damage they do, and the fact that they can only be extracted in limited quantities”.

As the UK gives billions to Qatar every year for gas imports, John Sauven, Greenpeace Executive Director suggested that money should be invested in the country’s renewable energy instead.

The UK has a target of achieving 15% of its energy from renewable sources by 2020.