Methane isn’t the only gas you can extract with fracking – there are several other types trapped in shale rock which drillers could make money from. Recently published research on […] 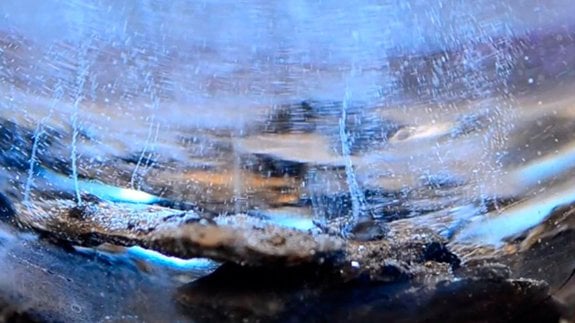 A view of shale rock tested. Image: University of Leicester

Methane isn’t the only gas you can extract with fracking – there are several other types trapped in shale rock which drillers could make money from.

Recently published research on samples from Lancashire’s Bowland shale rock has suggested gas explorers may be missing a trick when it comes to these Non-Methane Hydrocarbons (NMHCs).

Scientists at the University of Leicester and the British Geological Survey simulated fracturing a shale rock as closely as they could (although they point out it can’t be fully replicated).

They analysed the amount of gas released depending on factors like the water pressure and temperature, as well as how soon the gas escaped after fracking.

Professor Paul Monks, from the University of Leicester’s Department of Chemistry said: “Our results indicate that higher energy inputs (i.e. temperatures) significantly increase the amount of NMHC released from shale, while humidity tends to suppress it.”

It’s likely there is a short window of opportunity to get the gas, he added: “A large fraction of the gas is released within the first hour after the shale has been fractured.”

Other gases found in the rock could be worth capturing, added Professor Mike Stephenson, Director of Science and Technology at BGS: “Gases like ethane are useful in industrial manufacturing, beyond their use for energy.”

The research is published in the journal ‘Environmental Science and Technology’.