The Eden Project’s first rapid electric car charging point has officially been unveiled in Cornwall. The public will be able to use the plug-in infrastructure to charge their cars in […] 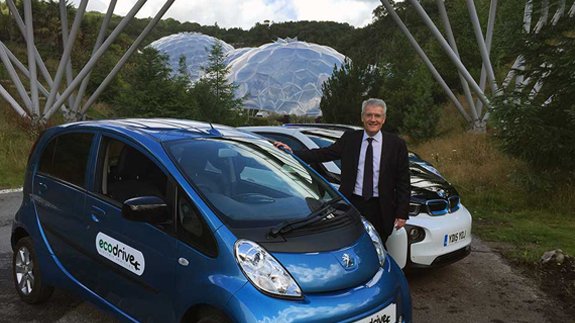 The public will be able to use the plug-in infrastructure to charge their cars in as little as 30 minutes.

It is part of 16 charge points being installed in the region this summer.

The Department for Transport has provided grants totalling up to £765,000 for a rapid charging network in Devon and Cornwall.

Transport Minister Andrew Jones said: “Plug-in vehicles are cheaper to run, better for the environment and an increasingly popular choice for families and businesses.

“This is part of our long-term economic plan to improve transport infrastructure and support jobs and opportunities in this beautiful area.”

During his tour of the southwest, he also visited the newly opened £9.6 million Truro Park and Ride Eastern Site, which aims to reduce the number of cars on local roads by providing improved bus links and connections.