The UK Government is “admitting its abject failure” to keeping power stations open and protecting energy security by proposing changes to the Capacity Market. That’s the view of the Scottish […] 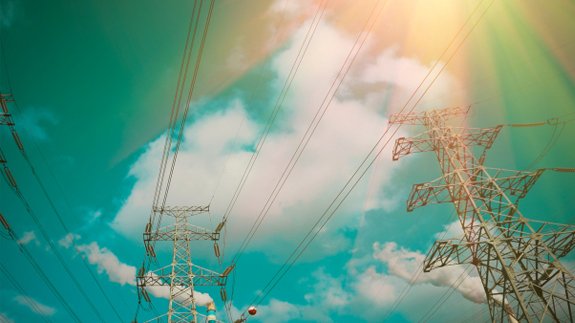 The UK Government is “admitting its abject failure” to keeping power stations open and protecting energy security by proposing changes to the Capacity Market.

That’s the view of the Scottish Government, which said it has called for action “repeatedly over many years” to protect baseload and backup capacity.

The UK Government however said the latest package of reforms will “guarantee the nation’s long term energy security, tackle the legacy of underinvestment and deliver an energy infrastructure fit for the 21st century”.

It plans to bring forward the power capacity auction by a year to January 2017.

Scottish Energy Minister Fergus Ewing adds: “In rushing out new measures to plug the capacity gap, the Secretary of State is belatedly addressing the seriousness of the UK’s energy crunch and acknowledging the market has not delivered.

“Support to retain existing gas-fired capacity and build new plants is welcome but the unfortunate reality is that higher transmission charges in Scotland mean no new stations would be built here as the costs of using the grid are higher than in England. This discriminatory regime means Scotland cannot attract new thermal generation when in competition with alternative sites in England yet the UK Government has shown little understanding and no willingness to tackle this issue.”

The Labour Party claims the announcement will lead to an increase in energy bills.

Shadow Energy Secretary Lisa Nandy MP said: “This is a panicked response that will raise energy bills and deliver a windfall to some of the biggest energy companies. Tory Ministers now need to come clean over how much energy bills will rise next year to pay for the consequence of their failure to get new power stations built.”

She said: “Rather than announcing yet another sticking plaster solution to try and bring forward new fossil fuel plants, the government needs to look at the system as a whole, concentrating on maximising renewable generation and encouraging far greater provision of electricity demand reduction, demand side response and storage. Only this will ensure a modern and resilient energy system.”

The CBI however welcomed the reforms as “good news”.

Head of Energy and Climate Change Matt Sheldon said: “Getting the details of these reforms right are key to guaranteeing security of supply at an affordable cost as well as supporting much needed investment in new generation.

“It’s crucial that business and the government work together on this challenge. We welcome the opportunity to do so and to work with Ofgem to ensure the market is meeting its goals effectively.”