New measures to help deliver the government’s commitment to reduce a further £10 billion of red tape have been unveiled. It follows a review which examined whether legislation and its […] 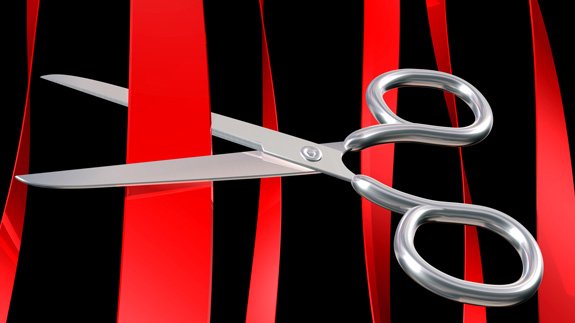 New measures to help deliver the government’s commitment to reduce a further £10 billion of red tape have been unveiled.

It follows a review which examined whether legislation and its implementation can be simplified or improved to aid compliance and reduce unnecessary burdens on business.

It was run jointly by the Cabinet Office, Department for Business, Innovation and Skills, Department of Energy and Climate Change and Ofgem.

They asked businesses, trade associations and industry experts to tell where regulation causes barriers for growth, innovation and productivity in the energy sector.

Business Secretary Sajid Javid said the review revealed existing rules led to some businesses being charged for both generating and storing energy, which cost one company £10 million extra a year.

Businesses also said there is no regulation specific to energy storage, permitting regime is too complex for offshore renewable energy and licences have grown in complexity.

Some of the key findings of the review were:

DECC is now consulting on whether to update the regulations in an effort to brings benefits to consumers, businesses and the environment.

In response to the findings, the government has committed to achieving the following:

A longer term narrative with a clear approach to policy will be developed and published by the end of 2016, outlining the priorities and key changes in the energy sector including a timetable for Contracts for Difference.

A more joined up approach: DECC and Ofgem have formed a ‘Working Group’ to look at data and information requests issued by both organisations.

This is expected to develop “a more streamlined and where possible, shared approach” to making information and data requests to the industry.

Simplifying processes and rules and adopting a risk-based approach to compliance: Ofgem is committing to moving to “a more principles and risk-based approach” to regulation. This is expected to focus on helping companies do the right thing “as opposed to waiting for them to get it wrong”.

DECC is pledging to simplify and standardise the reporting processes for the Energy Company Obligations scheme.

It will will also consult on the storage of electricity in the network in spring 2016. It is working with Ofgem to examine how existing legislative ambiguity, such as being licensed as generation, can negatively impact storage projects.

Mr Javid said: “This government is delivering on its commitment to free firms from £10 billion of heavy-handed over-regulation and build a more productive Britain. Hundreds of businesses responded to our Cutting Red Tape reviews and we are taking decisive action based on their experiences.

“Whenever we need to introduce new rules, we will consider their impact and make savings elsewhere. Through the Enterprise Bill, we are extending the scope of our deregulation target to cover the actions of regulators, going further than ever before to tackle troublesome red tape.”