The delivery team for a £14 billion nuclear power station in the UK has been announced. Horizon Nuclear Power has appointed Menter Newydd, a joint venture of Hitachi Nuclear Energy […] 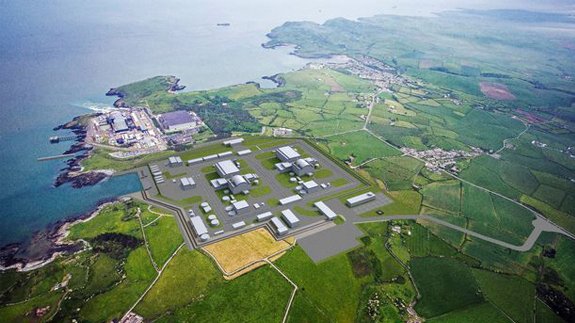 An artist's impression of the Wylfa Newydd nuclear plant next to the existing plant. Image: Horizon

The delivery team for a £14 billion nuclear power station in the UK has been announced.

The company has proposed to construct a power station, including two nuclear reactors with a minimum generating capacity of up to 2,700MW, at Wylfa on the Isle of Anglesey.

Horizon was formed in 2009 and bought by Japan’s Hitachi in November 2012.

Duncan Hawthorne, Horizon CEO, said: “The depth and breadth of expertise Hitachi Nuclear Energy Europe, Bechtel and JGC bring to the Menter Newydd venture will help us ensure the timely delivery of our project, which will be vital for meeting the UK’s energy gap and boosting the local economy in North Wales for decades to come.”

Combined, the Menter Newydd partners are said to have been involved in the delivery of more than 170 nuclear power stations.

The Hinkley Point C nuclear project is however facing delays as EDF has not yet made a final investment decision.