Governments around the world raised around $26 billion (£17.9bn) from charging for carbon emissions. That’s an increase of 60% compared to the previous year, according to the World Bank. Its […] 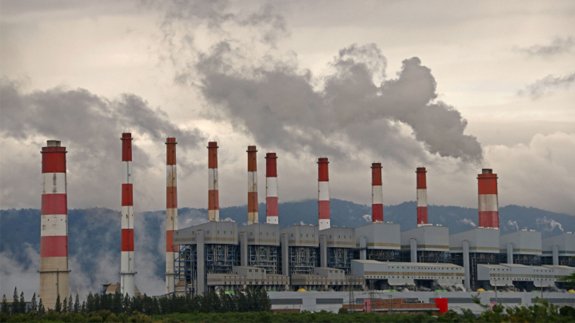 Governments around the world raised around $26 billion (£17.9bn) from charging for carbon emissions.

That’s an increase of 60% compared to the previous year, according to the World Bank.

Its ‘Carbon Pricing Watch 2016’ report stated 40 countries and more than 20 cities, states and regions accounting for a quarter of all greenhouse gas emissions have put a price on carbon.

They account for seven gigatons of carbon emissions  in total – equivalent to closing down more than 1,800 coal-fired plants – and a total value of $50 billion (£34.5bn).

Four new carbon price initiatives have been launched in Korea, Portugal, Australia and in a Canadian province since last year, the World Bank stated.

It added China’s plans to launch an emissions trading scheme (ETS) in 2017 could “potentially” double the global value of carbon pricing to $100 billion (£0.68bn).

Other countries such as Mexico has announced it will build an emissions registry, which with other policies will allow the implementation of a national carbon market in 2018.

John Roome, Senior Director for Climate Change at the World Bank Group said: “Putting a price on carbon pollution is essential to help countries deliver on their promises for the Paris climate change agreement as it’s an efficient and effective way to help cut emissions and send a clear signal to the private sector to invest in cleaner, greener growth.

“As more countries move to put a price on carbon pollution, we’ll see the benefits to people’s health, the environment and more investments towards a low carbon future.”

Earlier this month, France announced it plans to set a carbon price floor at €30 (£23.1) per tonne.