London is among 12 major cities that have pledged to have streets free of fossil fuels by 2030. The mayors from cities, including Auckland, Barcelona, Cape Town, Copenhagen, Los Angeles, […] 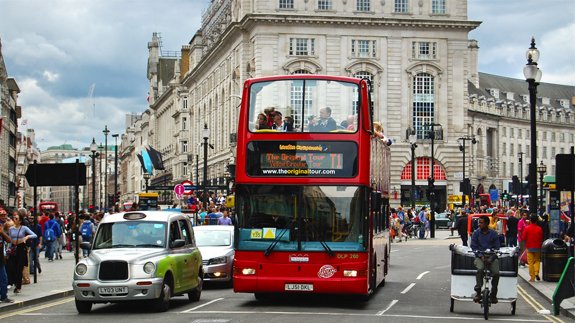 London is among 12 major cities that have pledged to have streets free of fossil fuels by 2030.

It includes a pledge to buy only zero-emissions buses from 2025 and ensure a major area of their cities are zero emission by 2030.

The policies outlined in the agreement aim to drive down air pollution, improve the quality of life for people and tackle climate change.

A third of greenhouse gas emissions from C40 cities are derived from transport and traffic is the most significant source of air pollution.

The declaration comes just after London introduced the T-Charge, which aims to drive down the number of dirty vehicles polluting the city.

Mr Khan added: “This is just the first step – we are introducing further world-leading restrictions on polluting vehicles over the next few years, as well as cleaning up our bus fleet and keeping our pledge not to buy a single new double decker diesel bus. We are also building brand new cycle lanes right across the city and focusing on reducing pollution around schools.

“I want to make London one of the greenest cities in the world – that’s why I’m putting walking, cycling and zero emission public transport right at the heart of Londoners’ day-to-day lives alongside energy efficient buildings, clean energy and increased recycling.”