India will need to invest $23 billion (£17.1bn) over the next five years to meet its target of installing 40GW of solar capacity across the country’s rooftops. That’s according to […] 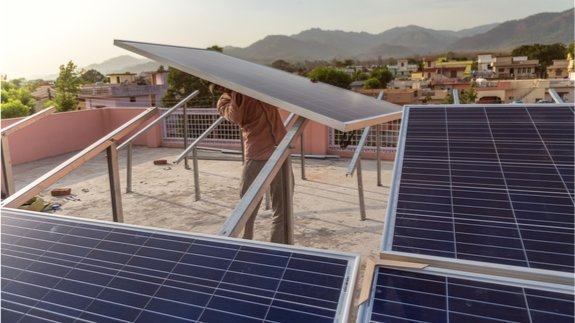 India will need to invest $23 billion (£17.1bn) over the next five years to meet its target of installing 40GW of solar capacity across the country’s rooftops.

That’s according to Bloomberg New Energy Finance (BNEF), which says although the government has its sights on putting 175GW of non-hydropower renewable capacity into place by 2022, it currently only has 60GW.

It estimates India will need to invest $83 billion (£61.7bn) to build this capacity.

The proportion of this made up by rooftop solar could be even larger than 40GW – the cost of electricity from rooftop panels has halved in the last five years due to fierce competition and the falling price of equipment.

BNEF expects residential solar growth to pick up rapidly post-2021 as upfront expenditure continues to fall and off-grid power consumers who use devices like solar lanterns move to larger forms of power generation.

Shantanu Jaiswal, Head of India Research at BNEF, said: “Rooftop solar in India will grow inevitably with or without the support of power distribution utilities.”