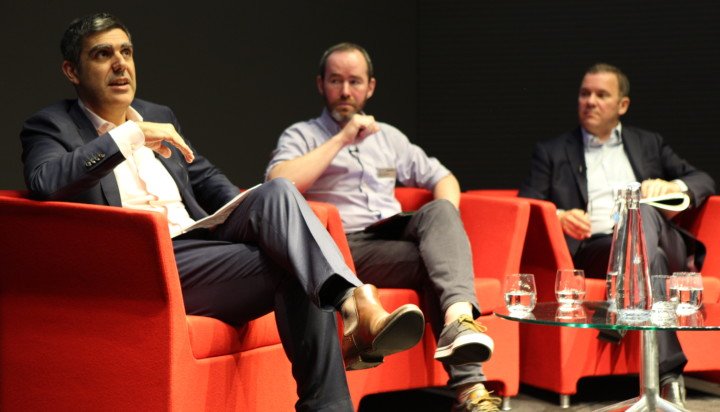 Around 38% of the attendees at the Energy Live Future event said reducing the energy costs of their organisations is the biggest challenge for them.

Around 33% added convincing their leadership team to allow them to invest in new technologies was a challenge – as one of the sessions explored existing and new technologies.

Gab Barbaro, Managing Director at British Gas Business said there is potential for large energy users in the health, hospitality and leisure industries to save nearly £1 billion in the UK – and that could be achieved through technologies already available on the market.

He explained how energy is becoming more measurable, decentralised, interconnected and intelligent.

Mr Barbaro cited examples, including how British Gas owner Centrica has helped St George’s hospital save money on their energy costs by upgrading infrastructure and installing technologies like combined heat and power (CHP).

The company has also installed one of the UK’s largest commercial battery storage units in Gateshead Council’s energy centre.

Speaking as part of a panel debate, Matt Hastings, Programme Director for Centrica’s Cornwall Local Energy Market trial added it is time to stop talking about what the future is going to look like but rather how the industry is going to embrace it.

He believes technologies are key in helping get the leadership team on board to make the investments to eventually reduce costs.

Join in the conversation on Twitter using the hashtag #ELF2018.