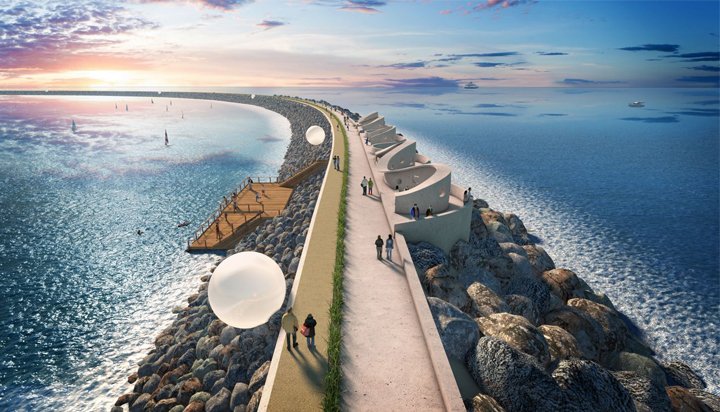 Business and Energy Secretary Greg Clark is “clearly misinformed” as his briefing regarding the Swansea Bay tidal lagoon project was “very misleading”.

That’s according to developer Tidal Lagoon Power (TLP), which made the comment in response to the UK Government’s decision to refuse support for the £1.3 billion project in Wales, citing public funds used could not be justified.

“The offer to the UK Government for Swansea is at the same price as nuclear for a small pathfinder which as he acknowledges is 0.15% of the UK’s energy requirements. The UK’s second proposed tidal lagoon at Cardiff would be 88 times less expensive than Hinkley. Furthermore, the £1.3 billion build cost of Swansea is privately funded. It is not a cost to consumers as suggested by Mr Clark.”

He added the UK Government’s decision is a “no vote of interest in Wales, no confidence in British manufacturing and no care for the planet”. The project, however, was backed by the Welsh Government with a £200 million commitment.

Mr Shorrock said the Hendry Review, commissioned by the government, advised that backing the project would be a “no regrets” decision.

He went on: “We heard the Secretary of State refer to the advice of several independent reports today. We should not like to scrutinise these reports. They have come out of the blue and make some bold claims. It is notable that they are leading policy in a way that the Hendry Review is not, not least it’s clear conclusion that following the pathfinder, tidal lagoons are cost competitive for consumers with wind and nuclear.

“The Secretary of State appeared to airbrush from history the full story of the UK’s success in offshore wind. It has indeed been a success and it has cost the nation some £8 billion in subsidy to make it so. Tidal power deserves the chance to make its contribution to the energy mix and the national economy and it will be able to do so for a much, much smaller price tag.”

TLP Chairman Keith Clarke said there has been no negotiation and they have, therefore, requested a meeting with the government.

UK MPs have, however, backed controversial plans to build a third runway at Heathrow Airport.