Scott Pruitt resigns as head of US environment agency 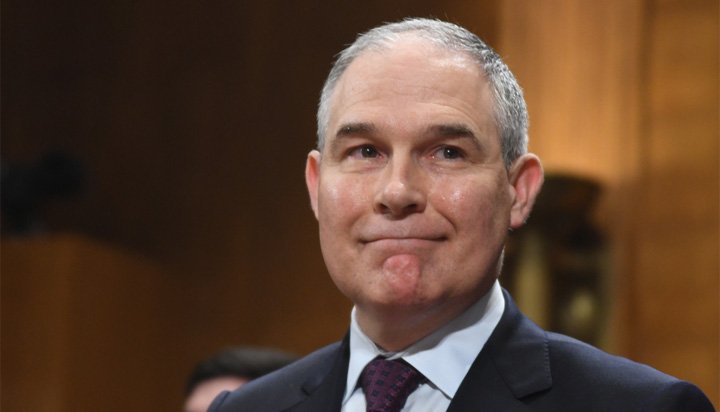 The head of the US Environmental Protection Agency (EPA) has resigned from his post.

President Donald Trump said he accepted the resignation of scandal-hit Scott Pruitt, with his tweet stating he had done “an outstanding job and I will always be thankful to him for this”.

Since taking office, Mr Pruitt – said to be a climate change sceptic – has been embroiled in controversies regarding the spending he oversaw at the agency.

He is the subject of a number of investigations into the spending and management practices and alleged misuse of office.

He has been accused of renting an apartment which has ties to a fossil fuels lobbyist, overspending on security and bypassing White House procedures to secure big pay rises for two staff members who had previously worked with Mr Pruitt.

His letter to the president states: “It is extremely difficult for me to cease serving you in this role first because I count it a blessing to be serving you in any capacity but also, because of the transformative work that is occurring.

“However, the unrelenting attacks on me personally, my family, are unprecedented and have taken a sizeable toll on all of us.”

EPA Deputy Andrew Wheeler will assume duties as the Acting Administrator from Monday.

Mr Trump said: “I have no doubt that Andy will continue on with our great and lasting EPA agenda. We have made tremendous progress and the future of the EPA is very bright.”