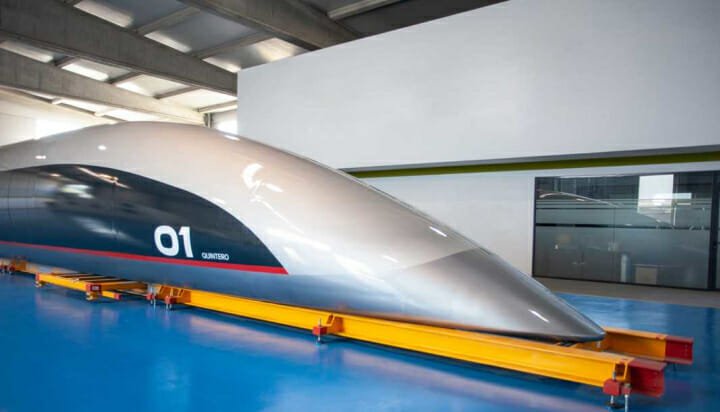 Hyperloop Transportation Technologies has unveiled the first of its 750mph train-style capsules.

The Los Angeles-based firm is among several companies currently working to develop the ultra-fast, low carbon transport system, which would magnetically levitate passenger vehicles inside a tube to reduce all friction.

The prototype capsule is 105 feet long, made of 82 carbon fiber panels and held together with 75,000 rivets – it is expected to be capable of carrying around 40 passengers and is scheduled to enter full testing next year.

Hyperloop Transportation Technologies suggests it could potentially travel the 400 miles from Los Angeles to San Francisco in just 36 minutes.

The firm is now preparing to build initial hyperloop segments in China and Abu Dhabi.