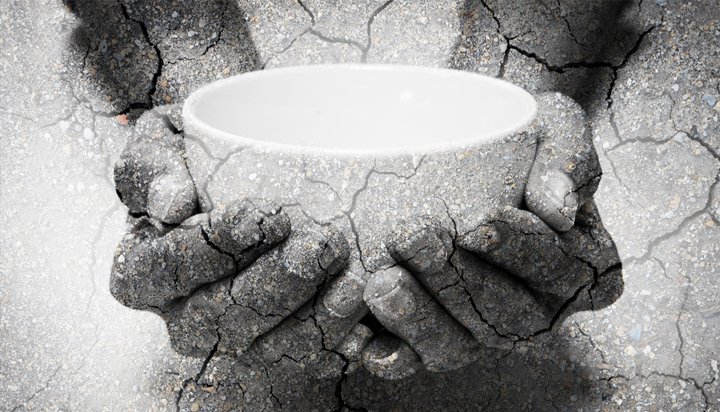 The climate crisis is partly to blame for the increase in the number of people around the world going hungry.

That’s according to a new report from the UN’s Food and Agriculture Organisation, the World Food Programme, the World Health Organisation and other agencies, which reveal more than 820 million people did not have enough to eat in 2018, underscoring the immense challenge of achieving the zero hunger target by 2030.

It also found a staggering two billion people in the world do not have regular access to “safe, nutritious and sufficient food”, including 8% of the population in Northern America and Europe.

The report states extreme weather events like droughts, heat waves and rainfall, along with war and troubled economies, are contributing to prolonging and worsening the severity of food crises.

It adds climate change and increasing climate variability and extremes are affecting agricultural productivity, food production and natural resources, with impacts on food systems and rural livelihoods, including a decline in the number of farmers.

All of this, it says, has led to major shifts in the way in which food is produced, distributed and consumed worldwide – and to new food security, nutrition and health challenges.

The report states: “It shows that, in 2018, conflict remained the key driver of food crises, affecting around 74 million people, two-thirds of whom faced acute food insecurity.