The new plane takes the form of an altered Tecnam P2006T, with the original aircraft’s combustion engines having been replaced with electric cruise motors 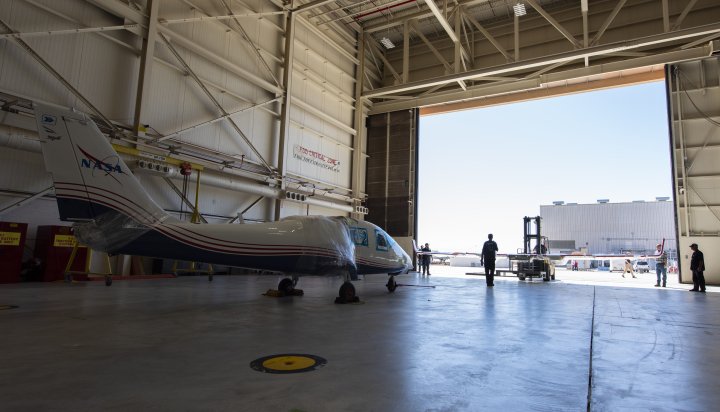 The new plane has arrived at the space agency’s Armstrong Flight Research Center in California – it was delivered by prime contractor Empirical Systems Aerospace (ESAero).

The plane is the first of three configurations in the development pipeline and is known as Modification II.

It takes the form of an altered Tecnam P2006T, with the original aircraft’s combustion engines having been replaced with electric cruise motors.

NASA engineers say they will now begin putting the aircraft through ground testing, which will be followed by taxi tests and flight tests in the future.

NASA plans to share its findings from the design and testing process with regulators and industry to help develop the sector.

X-57 Project Manager Tom Rigney said: “With the aircraft in our possession, the X-57 team will soon conduct extensive ground testing of the integrated electric propulsion system to ensure the aircraft is airworthy.

“We plan to rapidly share valuable lessons learned along the way as we progress toward flight testing, helping to inform the growing electric aircraft market.”