The project, which covers one hectare of water surface is forecast to generate enough electricity to power 200 homes 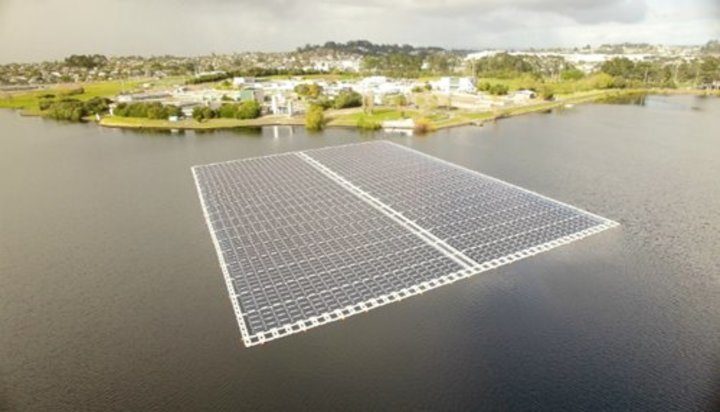 New Zealand’s largest and only floating solar array has started operations at Rosedale Wastewater Treatment Plant in one of the Northern suburbs of Auckland, Albany.

The 1MW array, which covers one hectare of water surface, consists of more than 2,700 solar panels and is predicted to generate 1,486MWh of clean power every year.

That is equivalent to the amount of electricity needed to run 200 homes for a year.

The electricity will be used for pumping water and aerating the natural bacteria that break down the waste as part of the treatment process.

Auckland Mayor Phil Goff said: “Large solar installations like this are common overseas, and it’s good to see we are now making use of the technology in New Zealand.”

Watercare Chief Executive Raveen Jaduram commented: “Rosedale is one of the five most energy-efficient wastewater treatment plants in Australasia.