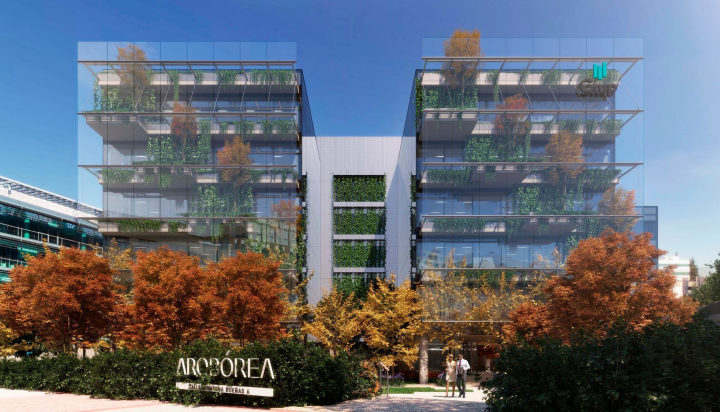 The European Investment Bank (EIB) is providing €28 million (£25m) in financing for the development of near zero energy buildings (NZEBs) and refurbishment works to improve energy efficiency in Spain.

It has signed an agreement with real estate group Gmp Property, which will finance energy improvements in the flagship Castellana 81 building and develop new near zero energy projects such as the ARQBÓREA building in Las Tablas.

The primary energy savings in the buildings covered by the EIB financing is estimated at 3,420MWh per year – equivalent to saving emissions produced by 124 EU households annually.

The project will also support 280 jobs during the implementation phase.

EIB Vice President Ricardo Mourinho Félix, who is responsible for the Bank’s operations in Spain said: “The real estate sector is one of the major energy users in Europe and, therefore, the modernisation and energy rehabilitation of our buildings is essential to achieving the European goal of reaching climate neutrality by 2050. For this reason, we are delighted to sign this agreement with Gmp to encourage investments in sustainable buildings needed for the transition to a low carbon economy that will also contribute to the economic recovery and job creation in Spain.

“One of the EIB’s key objectives is promoting sustainable and inclusive growth while combating climate change.”