Fly like a shark? Jets to be fitted with sharkskin-inspired coating to reduce emissions

A surface film, which imitates the properties of sharkskin, is claimed to optimise aerodynamics of aircraft in a way that reduces fuel consumption 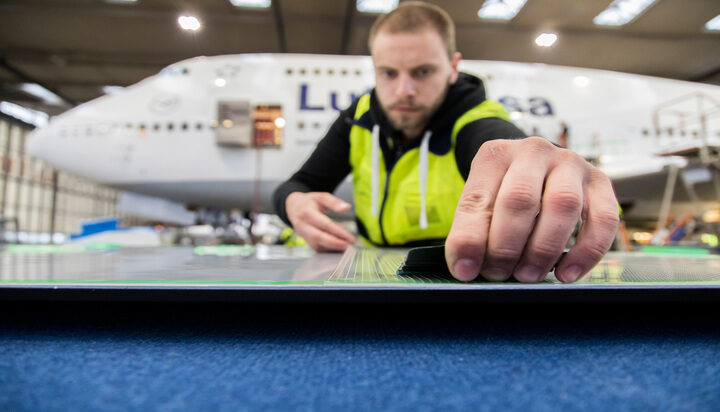 Several cargo jets will soon be fitted with a film surface that mimics the properties of sharkskin to drive down carbon dioxide emissions.

Starting from next year, Lufthansa Cargo will equip its entire freighter fleet with surface technology which is designed by the chemical producer BASF to optimize the aerodynamics on flow-related parts of the aircraft in a way that reduces fuel consumption.

The coating structure consists of riblets measuring around 50 micrometers and functioning in the same way as the sharkskin serves the fish.

The company said the use of the technology on ten aircraft will lead to an annual saving of around 3,700 tonnes of kerosene and just under 11,700 tonnes of carbon dioxide emissions.

That equates to 48 freight flights from Frankfurt to Shanghai.

Dorothea von Boxberg, Chief Executive Officer of Lufthansa Cargo AG, said: “We are proud that we will now be able to operate our entire freighter fleet even more efficiently in the future thanks to sharkskin technology and reduce the carbon footprint of our modern fleet further.”