Around 79m litres of untreated sewage sludge escaped across an area of around 6,500 square metres – it took 30 people a day for almost a month to clean up the sludge, which was said to be ankle deep in places 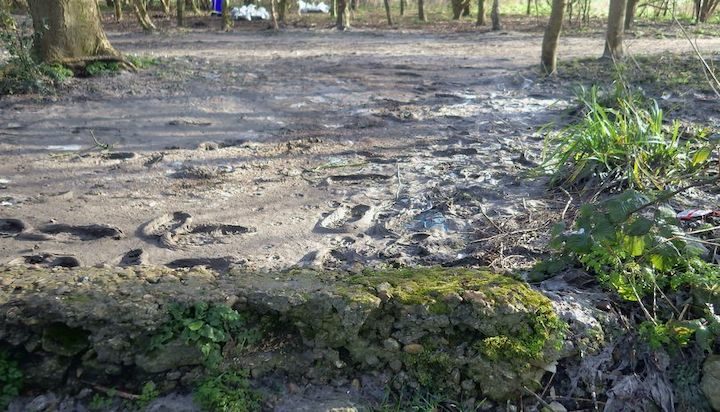 Thames Water has been fined £4 million after an “avalanche of foul waste” escaped from sewers below London into a park and river in what has been called a “catastrophic” spill.

Around 79 million litres of untreated sewage sludge escaped across an area of around 6,500 square metres – it took 30 people a day for almost a month to clean up the sludge, which was said to be ankle deep in places.

According to the Environment Agency (EA), Aylesbury Crown Court heard dozens of high-priority alarms would have told staff about the incident but were either “missed or ignored”, leading to pollution of a popular park, woodland and the Hogsmill River in New Malden.

The sewage treatment works at Surbiton couldn’t handle the amount of sewage produced by Storm Imogen in the winter of 2016.

Instead of sewage being treated, pumps failed, allowing raw effluent to back up along the sewer network, bursting a manhole to cover an area the size of three football pitches.

It took Thames Water 15 hours to report the incident to the Environment Agency – a legal requirement – and another 12 hours “before the company had any sizeable presence at the scene”.

Gary Waddup, a land and water officer for the Environment Agency in south London said: “Like similar incidents in the past few years for which they have been prosecuted, better management overall and on the night by Thames Water could have prevented this catastrophic incident.

“It wasn’t the first time sewage had escaped from manholes due to problems at the treatment works in Surbiton. Pollution as a result from problems at the site goes back to 2001.

“The Environment Agency’s enforcement action over several years and the pressure it has put on water companies has led to £30 billion of investment by the industry in water quality. This incident shows Thames Water and the industry have a lot more to do to protect the environment.”

Judge Francis Sheridan noted Thames Water’s new commitment to improving compliance but said that must be the norm, issuing a warning the company will be held to this commitment in future cases.

Thames Water pleaded guilty to depositing sewage waste at the recreation ground. The court also took into consideration braech of a permit regarding that incident and discharging into the Hogsmill River in January and October 2018 and an incident in September 2019, when sewage sludge was released from Hogsmill sewage treatment works in error.

Steve Spencer, Thames Water Operations Director added: “We’re very sorry for what happened at Hogsmill sewage works five years ago and the other three incidents that have been sentenced today. It doesn’t reflect how much we care about the environment, our customers and communities and it’s not how we want to perform.

“We’ve developed a turnaround plan which focuses on significantly improving our performance, with an unprecedented amount of investment directed towards safeguarding the environment. We’re committed to long term, sustainable solutions and we’re already working with partners across our region to enhance and restore the rivers we all share and value.

“We’re pleased the judge recognised this new approach in his comments and we are determined to deliver on our promises. We strongly believe that discharges of untreated sewage are unacceptable, even when they are legally permitted and we will work with our stakeholders to accelerate work to stop them being necessary.”