NAO: “Green Homes Grant Voucher Scheme was not executed to an acceptable standard” 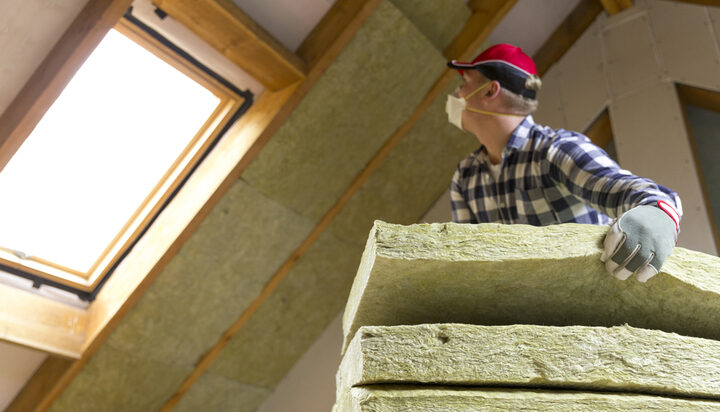 The Green Homes Grant Voucher Scheme (GHGVS) was delivered to an over-ambitious timetable and was not executed to an acceptable standard.

That’s one of the conclusions of the National Audit Office (NAO), which suggests the way the energy efficiency scheme was introduced and implemented significantly limited its impact on carbon reduction.

The scheme was launched to fund energy efficiency improvements and low carbon heat measures with up to £5,000.

The UK’s independent public spending watchdog found that the programme did not deliver the expected number of home energy efficiency installations.

In its initial forecasts, the BEIS forecast that the scheme would deliver energy efficiency measures in 600,000 homes.

However, current estimates suggest the GHGVS will eventually support efficiency measures in 47,500 homes.

The report also finds that despite the high level of interest, many homeowners and installers had a poor experience of using the scheme.

The NAO notes the BEIS did not sufficiently understand the challenges facing installers before the scheme was announced, failing to learn from previous schemes.

Gareth Davies, Head of the NAO, said: “The aim to achieve immediate economic stimulus through the Green Homes Grant voucher scheme meant that it was rushed. As a result, its benefits for carbon reduction were significantly reduced and ultimately, it did not create the number of jobs the government has hoped for.”

Commenting on the NAO’s report on the Green Homes Grant voucher scheme, Environmental Audit Committee Chairman, Rt Hon Philip Dunne MP, said: “The NAO’s report is a sobering assessment of the failures in the scheme, which might otherwise have kickstarted the drive to tackle the 20% of emissions emanating from the country’s housing stock.

“I hope the government will swiftly learn from the errors made in the design and execution of the GHGVS. As my committee has consistently advocated, I trust Ministers will now introduce a simpler scheme of much longer duration, in which both contractors and consumers can have confidence, so we can accelerate our efforts to adapt our homes to achieve Net Zero Britain.”

Greenpeace UK’s Policy Director Doug Parr said: “The verdict is in. The Green Homes Grant failed to deliver because of cowboy politicians, not cowboy builders, or because energy efficiency improvements are a bad idea.

“The schemes shoddy handling has left homeowners disappointed, businesses out of pocket, job promises unfulfilled and the UK no closer to decarbonising its housing.”

A government spokesperson said: “The UK has a strong track record in improving the energy performance of its homes, with 40% now above Energy Performance (EPC) Band C, up from just 9% in 2008.

“As the NAO recognises, the Green Homes Grant voucher scheme was designed as a short-term economic stimulus and was delivered during an ongoing pandemic. Despite this, and challenges with delivery, 99.9% of applications have now been processed, meaning almost 80,000 upgrades to homes. Other parts of the Green Homes Grant are continuing to effectively transform the energy efficiency of local authority housing.

“To go further and faster, we’re continuing to invest £9 billion in improving the energy efficiency of our buildings, including £1.3 billion this year alone to upgrade an additional 50,000 homes, while supporting hundreds of thousands of skilled green jobs”