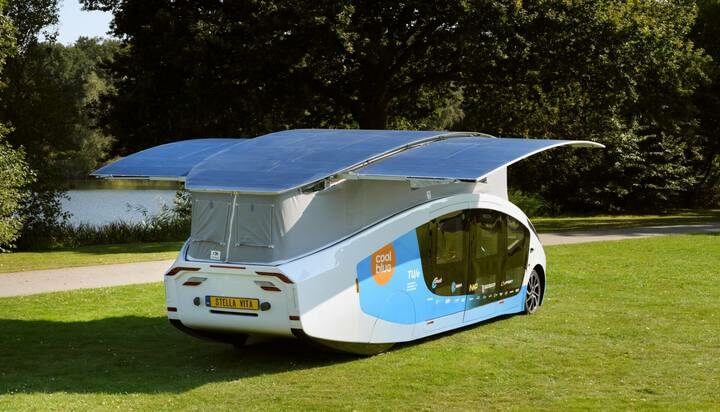 Dutch students have created what they describe as a self-sustaining home on wheels.

Named Stella Vita, the vehicle, which has been fitted with solar panels, generates enough energy to drive and charge all the activities of an everyday routine.

That means its passengers could shower, watch TV, make coffee, charge their devices all with the energy produced by the solar panels.

The vehicle’s solar surface can extend to as much as 17.5 square metres.

The research team behind the development estimated the home on wheels on a sunny day and using energy in an efficient way, could travel up to 730 kilometres.

The students now plan to travel with the novel vehicle from Eindhoven, the Netherlands to South Spain.

Kjell Revenberg, Team Manager of Solar Team Eindhoven, said: “We are going to inspire as many people in Europe as possible for the sustainable future during our journey.”