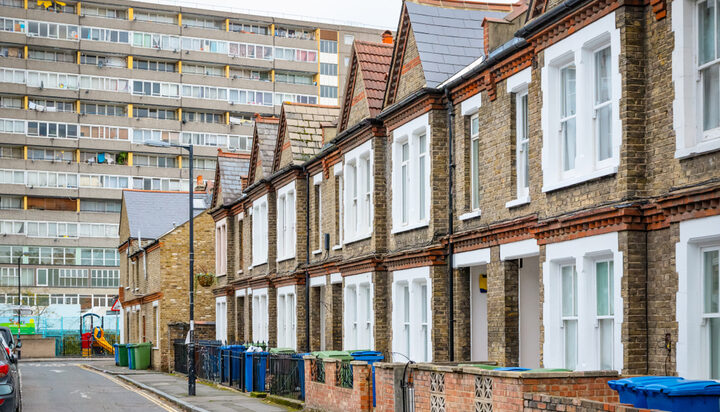 The government has been urged to offer more help to local authorities to mitigate the impact of soaring energy bills on customers.

Campaigners from the End Fuel Poverty Coalition have set out a plan proposing new legislation to prevent energy firms from charging more than the lowest tariff for those on prepayment meters.

They also stress the need for the introduction of a windfall tax on fossil fuel firms’ profits.

The government had opposed this measure which is broadly supported by the Labour party – speaking in the House of Commons, the Prime Minister had said: “What he (Mr Starmer) would be doing is hitting the energy companies at precisely when we need to encourage them to go for more gas because we need to transition now to cleaner fuels.”

The campaign group had previously published a report revealing streets in the UK where nearly everyone lived in fuel poverty.

William Baker, from Solutions to Tackle Energy Poverty, said: “The single largest rise in fuel bills for over 30 years will lead many people in fuel poverty to turn to their local councils for help.

“Councils should do everything in their powers to cushion the shock, whether that is installing improved heating and insulation, providing financial support or enforcing private rental regulations.”

Roni Marsh, Money Advice Team Leader, South West London Law Centres, commented: “We not only have clients choosing between heating their homes or eating, but they also have to think twice about using energy to heat their food.”

A BEIS spokesperson told ELN: “We absolutely recognise the pressures people are facing with the cost of living. This is why we have set out a £22 billion package of support including a £150 council tax rebate this month and a £200 energy bill discount in October to cut energy bills quickly for the majority of households.

“We are also expanding the eligibility for the Warm Home Discount, which will provide around 3 million low income and vulnerable households across England and Wales with a £150 rebate on their energy bills every winter.