A radar has been deployed at Lowther Hill, Scotland to mitigate the impact of onshore wind turbines on commercial flights 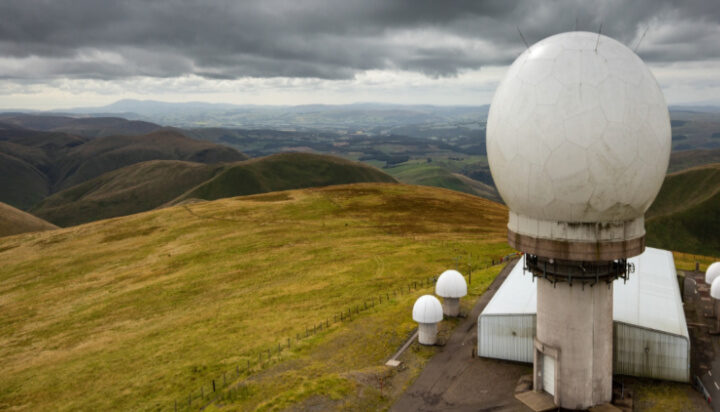 While common radars are used to track jets, one of the highest hills in Scotland has been topped with a new radar system designed to reduce “noise” created by onshore wind farms.

Typically, wind turbines can cause interference to conventional radar, appearing as ‘clutter’ that can potentially hide or be mistaken for aircraft, which is a safety concern.

The introduction of a new radar system, developed by British provider of air traffic control services NATS, is expected to filter this ‘clutter’ so that developers can build renewable energy projects with confidence, while the ongoing safety of air traffic operations is assured.

The project, which has been touted as the first for UK civil air traffic management, is believed to unlock 2.5GW of renewable energy.

Guy Adams, NATS Strategy and Commercial Director, said: “NATS has long been committed to working with the renewables industry to find the best way to mitigate the impact of wind turbines.

“This new radar is another tool to help us do that.”