The financial markets could be creating a “carbon bubble” by overvaluing companies that produce fossil fuels and greenhouse gases – and this poses a serious threat to the economy, MPs […] 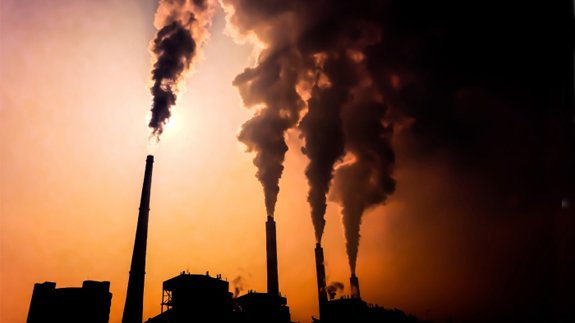 The financial markets could be creating a “carbon bubble” by overvaluing companies that produce fossil fuels and greenhouse gases – and this poses a serious threat to the economy, MPs have warned.

Companies should be forced to report on their greenhouse gas emissions and assess the risk this could pose to their future financial performance, a new report from the Environmental Audit Committee said.

Joan Walley MP, Chair of the Committee told ELN: “The risks would be if investment decisions were being made which long term wouldn’t give the yields, etc simply because the whole framework of policy making had shifted as we approach the progress on climate change and reducing the amount of carbon emissions. We’re saying that this needs to be factored into the decision making process.”

The Committee also hit out at the lack of green finance available, claiming investments are currently running at less than half of the £200 billion needed in the energy infrastructure by the end of the decade.

She said green financing is not a top priority for the Bank of England but it needs to be.

The MP for Stoke-on-Trent North added: “We need to be making sure we’ve got the right framework in place right down from the Bank of England to the Treasury to working closely with the Climate Change Committee so that all the different policies are all aligned with the twin purpose of what is competitive and what is in the interest of the green growth as well.”

The report said green financing is crucial to deliver national and international emissions reduction targets. Ms Walley believes that although gas will play a role in the transition towards a low carbon economy, governments need to focus on the long terms goals.

She told ELN: “What I would say is we need to have long term goals, medium and short term goals and there’s no doubt in my mind that in the medium term, gas will play a part in the transition. But the main focus for everybody should be the long term destination that we need to get to and there’s always a danger that the more you rely on a short term measures and the transitional arrangements to get you there, you take you eye off the importance of investing properly for the long term.

“The other aspect of that is the role that carbon capture and storage will need to be playing because we are still going to have gas and coal and we need to be able to make sure that the emissions from that is not preventing us from not reaching carbon targets for the sake of it but making sure that we have a safe climate on the planet.”