Manufacturers were big winners in today’s “Made in Britain” Budget from the Chancellor including nearly £7 billion package to counter their energy bills. Manufacturing bagged an early mention in George […] 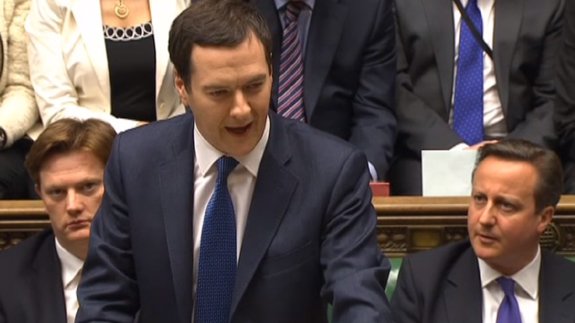 Manufacturers were big winners in today’s “Made in Britain” Budget from the Chancellor including nearly £7 billion package to counter their energy bills.

Manufacturing bagged an early mention in George Osborne’s speech – and halfway through he delivered four big points in their favour.

First he said the Carbon Price Support will be capped at £18 per tonne of CO2 from 2016-17 for the rest of the decade.

Mr Osborne said: “This will save a mid-sized manufacturer almost £50,000 on their annual energy bill. And it will save families £15 a year on their bills too”.

Second came a sweetener for steel makers, chemical plants, paper mills and other heavy energy users, with an extra four years for the existing compensation scheme for energy intensive industries to 2019-20.

Third was a new compensation worth almost a billion pounds to protect energy intensive manufacturers from the “rising costs” of the Renewable Obligation and the Feed-In Tariffs.

He said: “Otherwise green levies and taxes will make up over a third of their energy bills by the end of the decade.”

Finally the Chancellor said he would exempt the electricity from Combined Heat and Power plants “which hundreds of manufacturers use” from the carbon price floor.

Once more it seems cheap shale gas has prodded the Chancellor, as he pointed to US industrial energy prices which are “half those in Britain”.

The Tory minister said the UK needs to “cut our energy costs” by investing in new nuclear power, renewables, “a shale gas revolution” and by promoting energy efficiency.

It was a Budget to help squeeze out “every last drop” of North Sea oil, the Chancellor declared, with a tax allowance for “ultra high pressure, high temperature fields” to support billions of pounds of investment.

The Chancellor also announced measures to counter transport costs with VAT removed on fuel for Air Ambulances and Inshore Rescue boats while the discount for ultra low emission vehicles will go up.