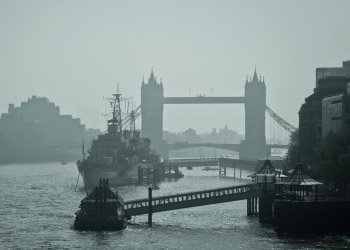 Back in December DEFRA admitted that it was breaching European Union pollution limits. The judge in charge of the case, Mr Justice Mitting, said a lawyer had conceded that “the government is in breach of obligations.” A DEFRA spokesperson said they were “pleased” with the Court of Appeal judgment.

Statistics show that 29,000 people die every year in the UK because of air pollution; more people than die, or sustain serious injuries, in road traffic accidents.

ClientEarth said Government should fight pollution rather than law suits. CEO James Thornton said: “While people are dying, the Government is fighting against its legal responsibilities in the courts and lobbying to weaken the laws which are in place to protect our health. Two months before the Olympics, this is nothing short of a national disgrace.

“We’re disappointed that the court has ruled that this case should go to the European Commission, we had hoped this could have been dealt with domestically.”

The legal challenge was brought against Caroline Spelman, the Secretary of State for the Environment because current air quality plans for 17 regions and cities will not achieve legal limits for air. The case has now been referred to the European Commission. The Environmental lawyers say Government “exploited loopholes.”

Friends of the Earth campaigner Jenny Bates said better leadership was needed: “Ministers and the London Mayor must take urgent steps to tackle this killer pollution. Poor air quality in the capital is breaching EU rules and causing thousands of Londoners to die prematurely every year.”