Government must ‘step up’ and address Energy Bill issues

UK trade bodies said the Government needs to “step up” and address the issues of the Energy Bill highlighted by the Energy and Climate Change Committee. The comment was made […] 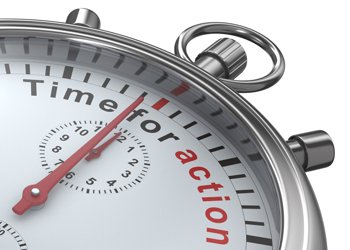 UK trade bodies said the Government needs to “step up” and address the issues of the Energy Bill highlighted by the Energy and Climate Change Committee.

The comment was made by the Renewable Energy Association (REA) and RenewableUK as they welcomed the Committee’s report following its pre-legislative scrutiny of the Bill proposed by the Government last week.

The Committee said the Bill needed clarity and could affect consumers and increase the risk for investors. It also showed concerns about the Contracts for Difference (CfD) proposals, which is a long term plan to provide stable and predictable incentives for businesses to invest in low carbon electricity generation.

The Government said the contracts will by held by a range of organisations instead of being guaranteed by it, which the Committee described as not being creditworthy.

Adding to the Committee’s response, Gaynor Hartnell Chief Executive of the REA said: “A single counterparty underwritten by the Government is the best way forward. If this isn’t possible for new nuclear plants, because it would fall foul of state aid rules or get snarled up in wrangles at EU level, that should not be allowed to hold up renewables. Government favoured a single counterparty initially, as it is the most cost-effective approach, reducing risk and therefore lowering the cost of capital. A coalition agreement not to allow public subsidy to nuclear, arrived at in haste, must not be allowed to drag renewables down.”

RenewableUK said the Government needs to get the policy right or it will risk the UK market.

Dr Gordon Edge, Director of Policy said: “The Government needs to step up to the plate and ensure in key areas such as underwriting the new contracts they listen to what the Committee has urged. If the Government gets the reform wrong, we will see less diversity in the market, higher prices for consumers, over reliance on imported dirty fuels and the potential of tens of thousands of low carbon jobs lost.”