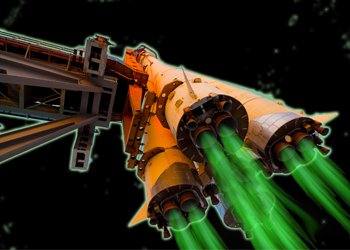 NASA’s latest successful mission to Mars with the Curiosity rover might have grabbed more headlines this month – but in a few years’ time a very different project could be hogging the limelight.

The American space exploration body has just announced it is developing a new “green” rocket fuel which could power a test flight within three years.

NASA has picked a team led by US firm Ball Aerospace & Technologies to test an alternative to hydrazine, the fuel commonly used during ‘lift off’ which NASA says is highly toxic.

Although it can be stored for a long time, it is also very corrosive and the space team wants to find one which is better for the environment.

Michael Gazarik, director of NASA’s Space Technology Program at NASA Headquarters in Washington said: “High performance green propellant has the potential to revolutionise how we travel to, from and in space. An effective green rocket fuel would dramatically reduce the cost and time for preparing and launching space missions while decreasing pollution and harm to our environment.”

A huge quantity of propellants is needed to drive space ships, for example a shuttle to the International Space Station typically carries 835,958 gallons of the principle liquid propellants, including hydrazine, as well as hydrogen, oxygen, monomethylhydrazine and nitrogen tetroxide.