The Treasury’s decision for a new tax relief scheme in the North Sea could attract £2 billion worth of investment. Trade body Oil & Gas UK made the claim as […] 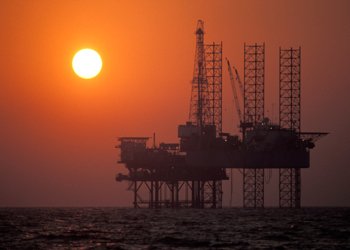 The Treasury’s decision for a new tax relief scheme in the North Sea could attract £2 billion worth of investment.

Trade body Oil & Gas UK made the claim as it welcomed the Chancellor’s announcement today and said it would benefit the nation’s energy security and the public “purse”. It also claims there could be an increase in oil and gas recovery by around 150 million barrels of oil equivalent.

Mike Tholen, Economics and Commercial Director said: “This initiative will have an immediate impact in that it will help to promote investment and sustain production from many mature fields, enabling more oil and gas to be recovered from them and postponing decommissioning by a number of years.”

Environmental campaigners Greenpeace, however, aren’t too keen on the Chancellor’s “multi-million pound hand-out” to the oil and gas industry.

Dr Doug Parr, Policy Director at Greenpeace said: “It doesn’t look like Osborne cares one little bit about a true British growth sector or about our planet. Our clean energy sector accounted for a third of all growth in the last year. Yet this massive hand-out to his polluting mates is yet another obstacle thrown in the path of Britain’s green industries.

“He should be channelling Treasury support to the new, clean twenty-first century industries, like renewable energy, instead of throwing our money at a declining industry in the North Sea in an attempt to get every last drop of oil.”