The UK generated a record-breaking 4GW of wind power this morning. The new figures from National Grid, which is enough to power more than 3 million homes, broke the previous […] 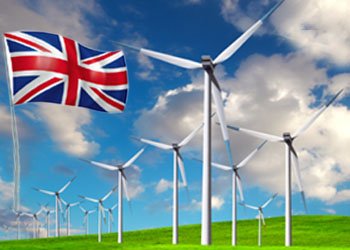 The UK generated a record-breaking 4GW of wind power this morning.

The new figures from National Grid, which is enough to power more than 3 million homes, broke the previous record of 3.8GW set in May this year.

A National Grid spokesman said: “Accurate long range forecasts made it possible to know a week ahead when high levels of wind output were expected… Without these forecasts it would be much more difficult to accommodate such a large amount of wind energy on the system.”

The news was welcomed by a wind and marine energy association, which said it showed a secure supply of energy.

Maria McCaffery, Chief Executive at RenewableUK said: “This record high shows that wind energy is providing a reliable, secure supply of clean electricity to an ever-greater number of British homes and businesses. As our wind energy capacity increases, the need to import expensive fossil fuels starts to diminish. The transition to a low-carbon economy is well underway and harnessing this bountiful, free resource will help us to drive down energy bills for all users in the long term. That’s why we’re celebrating this milestone in the generation of clean energy for the UK.”

National Grid said a new record for wind power output is expected be set every autumn as part of the Government’s target to cut emissions and produce more energy from renewable sources.