Energy watchdog Ofgem has today published its plans for a “simpler, clearer and fairer” energy market for UK consumers. The move follows the recent hikes in gas and electricity prices […] 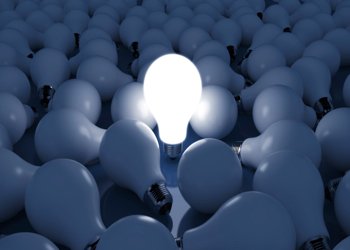 Energy watchdog Ofgem has today published its plans for a “simpler, clearer and fairer” energy market for UK consumers.

The move follows the recent hikes in gas and electricity prices and debate around Prime Minister David Cameron’s announcement about energy suppliers having to offer their lowest tariffs to customers.

Under Ofgem’s new proposals, suppliers must provide information about their cheapest tariff to all consumers and new personalised information should be given to help consumers get the best deal. Companies must also ban all complex energy tariffs and provide the cheapest tariffs at the end of fixed-term contracts.

The watchdog also plans to work with suppliers to trial a proposal to provide vulnerable consumers and those who haven’t switched for a long time with information about the cheapest tariff for them across the whole market. It is also proposing to simplify the market by limiting each supplier to no more than four core tariffs for each fuel.

Ofgem’s new proposals are part of its plans to tackle problems on tariff complexity, poor supplier behaviour and lack of transparency.

Alistair Buchanan, Ofgem’s Chief Executive said: “Our plans will put an end to consumers being confused by complex tariffs and will usher in a simpler, clearer, fairer and more competitive energy market for all consumers. We have spoken to thousands of consumers who have helped us shape this package through a period of extensive consumer research, and are very grateful for their input.

“I am glad to say suppliers have already responded with some initiatives but these don’t go far enough. Ofgem is determined to press forward with proposals to deliver for consumers the most far-reaching shakeup of the retail energy market since competition was introduced.”

Richard Lloyd, Executive Director of Which? welcomed the new plans and claims it will help boost consumer power.

He said: “Along with the Prime Minister’s promise to ensure suppliers put their customers on their lowest tariffs, this is another big step towards helping people get the best price for their energy. Our own research shows the market is far too complicated, with only one in ten people able to find the cheapest deal. These proposals will boost customer power, making it much easier to shop around and should increase the pressure on the energy companies to keep their prices in check.”