Only use gas for back-up power finds report

Gas plants should only be used as back up for renewable energy in future while the UK should put in place a 2030 decarbonisation target in the imminent Energy Bill. […] 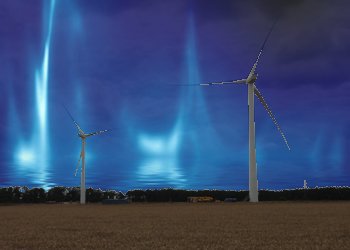 Gas plants should only be used as back up for renewable energy in future while the UK should put in place a 2030 decarbonisation target in the imminent Energy Bill.

That’s the conclusion of a new report from the UK Energy Research Centre (UKERC) which suggests the energy system needs “wholesale transformation”.

By comparing four different scenarios for the future using an energy systems model, the report finds the UK could cut emissions anywhere from between 40% and 90%. How well the UK does depends on what mixture of energy we use and how efficiently we use it.

The findings on decarbonisation are clearly of interest to MPs, as both Conservative backbencher Tim Yeo and Labour’s Shadow Energy Minister Tom Greatrex attended the report briefing earlier this week.

The electricity sector is the largest contributor to carbon emissions, which means the power sector in “key” to cutting down carbon, states the report.

UKERC’s academics argue that by 2030, the UK electricity system will need to be decarbonised by at least 80% from the level in 2000, which was 500 grams of CO2 per kilowatt hour. They state there is a “strong case” for including a maximum carbon intensity target of electricity of 100gCO2/kWh for 2030 in the 2012 Energy Bill.

The report rules out a “dash for gas”, even though there is “considerable” gas electricity capacity in both 2030 and 2050 in all scenarios. Without carbon capture and storage (CCS) technology – which is far from being commercial in the UK as it stands – gas can only be used as back-up for green energy if the country is to reach its low carbon targets, finds the report.

Paul Ekins, Co-Director of the UKERC and lead author said: “It is hardly surprising that an energy system like the UK’s, which was built to take advantage of fossil fuels, will need to undergo a wholesale transformation if these are to be replaced by other sources of energy that do not emit carbon dioxide.

“These results show that there is no reason not to include a 2030 carbon intensity target in the Energy Bill, because without radical decarbonisation of the electricity system by then there is no chance of meeting the 2050 carbon target cost effectively.”

Energy efficiency materials will need to be “widely deployed” in buildings and vehicles to slash energy demand and the cost of supplying low-carbon energy.

Professor Ekins added: “The results also show the absolute importance of energy efficiency and conservation. Producing low-carbon energy is a costly and politically controversial endeavour, whatever technologies are deployed. The more efficiently it can be used, and the less that is required to satisfy the desired level of energy services, the easier it will be to deliver the necessary low-carbon supply.”

Home heating by 2050 could be using virtually no natural gas but electricity instead, either directly or through heat pumps, adds the report – although installing heat pumps would pose a huge challenge.