The Government’s Energy Bill has not managed to meet the investor community’s high expectations as the UK is still in sixth place for country attractiveness for renewables investment. Ernst & […] 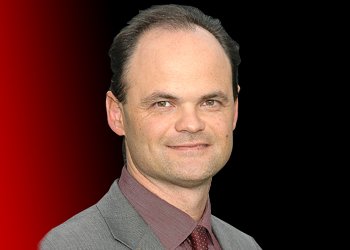 The Government’s Energy Bill has not managed to meet the investor community’s high expectations as the UK is still in sixth place for country attractiveness for renewables investment.

Phil Dominy (pictured), Assistant Director & Lead Advisory, Environmental Finance at Ernst & Young said that investors had hoped the UK Energy Bill and more specifically the electricity market reform (EMR) would bring more clarity. He told ELN: “It’s a very complex mechanism at the moment. I think what they’re yearning for is simplicity and more certainty. 2017 is when the ROC mechanism is due to finish and due to phase in the EMR… Already we’re seeing transactions being held up because they’re not quite sure whether the ROC (Renewables Obligation Certificates) mechanism is going to be fully honoured. I’m sure it will be but there’s that little niggling doubt in the back of some investors’ mind.”

The RO is the support mechanism for renewable energy and provides incentives for large scale renewable electricity generation.

Mr Dominy added the delay in setting a decarbonisation target for the power sector was also one of the problems, which needed to be resolved fairly quickly. However, he said although policies are very important for investors, the size of the UK’s energy demand is comparatively small to other emerging markets.

He said: “For us and for many western European countries, we’ve actually got a decline in overall energy demand. We’re a mature economy and we’re bringing in energy efficiency programmes and so that decline is likely to continue. What renewables are doing in this country is replacing ageing fossil fuel generations so it’s a slightly different thing where renewables in the emerging market are not replacing existing generations but adding to them to cope with the increase in demand. So the UK will have to be ambitious to retain its place as western economies are gradually slipping down the table, unless they really take a very active role in making sure that they replace their fossil fuel generations with renewables.”

The report also suggested shale gas is likely to have a significant effect on the renewables industry and with news about the influence on US gas prices, there have been much speculation of its effects in the UK. Mr Dominy told ELN although shale gas exploration could help increase energy security, it wouldn’t be a long term solution for the UK.

He said: “Clearly shale gas is lower carbon than coal but it’s not zero carbon so it’s still an interim solution. It’s not really a long-term solution for the UK but certainly in the interim, as renewable costs are still relatively high, I think that’s where the competition will lie.

“At the moment because shale gas is still very new in the UK, it’s still not cheap to explore and there’s lots of constraints about water supply contamination and concerns over minor tremors caused by fracking so there’s still some significant obstacles to climb over but having said that, it will increase our energy security… But in the long term, we certainly need to be moving away from fossil fuels.”

Mr Dominy added it would be a “challenging year” for the renewables industry in the UK but if the uncertainty in the Energy Bill could be resolved fairly quickly, then it could become a positive year.