Coastal communities across the country can now bid for a share of £27.8 million – financed partly from revenue generated by the UK’s offshore wind sector – to create jobs […] 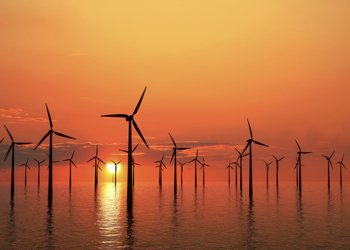 Coastal communities across the country can now bid for a share of £27.8 million – financed partly from revenue generated by the UK’s offshore wind sector – to create jobs and increase growth.

The ‘Coastal Communities Fund’ (CCF) was created to support local projects and help coastal towns and villages provide training and employment opportunities following a study that revealed the larger English seaside towns are, on average, more disadvantaged in England, with high unemployment figures.

Funded by the Government from income from the Crown Estate’s marine assets, the Treasury announced a 15% increase in cash this year compared to 2012, following a successful first year.

Chief Secretary to the Treasury, Danny Alexander MP said: “From transforming the Kintyre Way, developing a falconry centre in Conwy and giving Swanage and Wareham back their rail link, the funding has made a huge difference to small communities across the UK. The fund was a huge success last year and I’m sure year two will be just as popular.”

RenewableUK welcomed the announcement and said the increase in funding showed the economic benefits generated by the UK’s offshore wind sector.

Nick Medic, Director of Offshore Wind said: “The offshore wind industry is fully behind the Coastal Communities Fund and we find it particularly impressive that it has made such a big difference to local communities in a relatively short time. The take up of the initiative is heartening and we see it delivering many more projects of importance in the future.”

Last year the Government provided £23.7 million as part of the fund. Applications for this year’s funding are now being invited from charities and community organisations as well as local authorities and private sector companies for the next round of coastal regeneration projects.