The Chancellor has been warned that ditching a 100% allowance for low carbon cars bought for leasing would be a flawed move. The British Vehicle Rental and Leasing Association believes […] 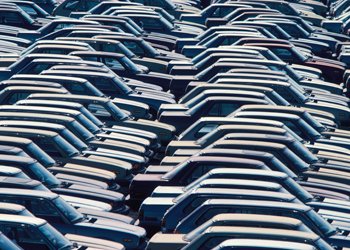 The Chancellor has been warned that ditching a 100% allowance for low carbon cars bought for leasing would be a flawed move.

The British Vehicle Rental and Leasing Association believes taking away the financial help in the 2013 Budget on Wednesday will push fleets away from green vehicles.

In its submission to the Treasury ahead of the Budget, the car group claimed the Government’s strategy to reduce road transport carbon emissions is “badly flawed”.

John Lewis, BVRLA chief executive said: “The leasing industry has led the way in driving down CO2 emissions, helped by a well-signposted tax regime that incentivises fleets and drivers to choose greener vehicles.

“Unfortunately, this momentum is being threatened by some glaring policy errors that we urge the government to deal with.”

The 100% allowance means corporate buyers can write off the cost of low-emission cars against their taxable profits in the first year of ownership, something the BVRLA says is essential to keeping firms buying them because eco-diesel, hybrid and plug-in cars are more expensive than petrol and diesel counterparts. That’s even taking into account reduced costs.

The group also wants a rethink over the company car tax AMAP, or Approved Mileage Allowance Payment system, which reimburses employees who use their car at work. The BVRLA says this is the only car tax which encourages motorists to drive more and wants it replaced with a scheme based on emissions.

The Government should also replace or support its existing Plug-in car grant with more long-term incentives such as road tax exemptions, subsidised charging points and free parking for green cars.