A decision on whether plans for a £450 million marine energy park (pictured) can go ahead has been delayed for the third time. Developer Able UK said Transport Minister Norman […] 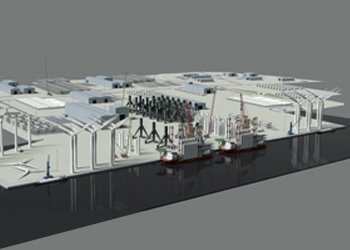 A decision on whether plans for a £450 million marine energy park (pictured) can go ahead has been delayed for the third time.

Developer Able UK said Transport Minister Norman Baker – who postponed a decision in May and July – has “minded to agree” to build the park on the south bank of the Humber but has asked for more details.

The Minister said he needs further information about the ecological impact of the scheme on the Humber Estuary and the “arrangements for access across the Killingholme Branch railway”.

The park in northern England will include facilities for the manufacture, assembly and installation of offshore renewable technologies and is expected to create 4,000 local jobs in the region.

Neil Etherington, Development Director at Able UK Group said: It’s good news that in today’s announcement Ministers do recognise the regeneration and economic benefits for both the local area and the wider development of the offshore renewable energy industry. At the same time it has to be said that a further delay in a decision is disappointing.

“This application has been under consideration for around four years and as part of the planning process, we have put forward measures to spend over £35million protecting wildlife and the environment.”

The news comes as a new report suggested the UK Government needs to do more to attract more investment in the renewables sector.