The offshore wind industry in the UK has enjoyed a “record breaking year” in terms of new deployment, with a 79% rise in capacity in the 12 months to June […] 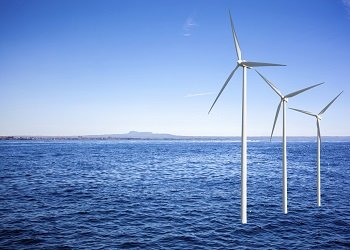 The offshore wind industry in the UK has enjoyed a “record breaking year” in terms of new deployment, with a 79% rise in capacity in the 12 months to June this year.

Installed capacity in the offshore wind sector stood at 3,321MW at the end of June this year, up from 1,858MW a year earlier. The UK also saw four large scale offshore projects go live during the 12-month period – the Great Gabbard, Gunfleet Sands III, Sheringham Shoal and the London Array, the biggest offshore wind farm in the world.

The onshore wind industry saw capacity grow by 25% to 6,389MW over the same period, with 1,258MW of new capacity installed.

Across both sectors, wind capacity grew 40% and now stands at 9.7GW – enough to power more than five and a half million homes – providing an estimated £2 billion boost to the UK economy, the report claims.

It, however, notes concerns within the wind industry about levels of political support and the government’s ambition for the sector.

Maria McCaffery, Chief Executive of RenewableUK said the industry could deliver “tens of thousands” of new jobs if the government continued to support it.

She added: “We’ve smashed another record in the past year with more offshore wind installed than ever before. With onshore expanding by 25%, the wind industry as a whole has proved that it has the tenacity to achieve substantial growth.

“It’s tangible proof of the dedication of thousands of Britons who are working tirelessly to generate electricity from a clean, home-grown source at a cost that we can control, increasing the UK’s energy security.”