Concerns were raised today about whether district heating schemes in the UK will effectively leave consumers at the mercy of a monopoly. District heating has been touted as a good […] 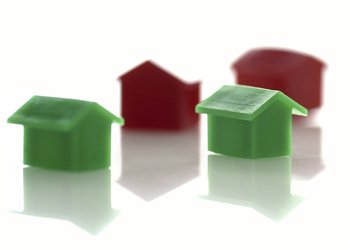 Concerns were raised today about whether district heating schemes in the UK will effectively leave consumers at the mercy of a monopoly.

District heating has been touted as a good value, low carbon source of power as it limits the waste of heat by letting buildings such as homes and hospitals share heating sources.

Appearing at the Heat 2013 conference in London today, Dr Louise Strong, Senior Policy Advisor for Energy at Which? said: “District heating schemes are a monopoly. Consumers have no choice but to remain with the same supplier even if they’re dissatisfied with the service they’ve got or the price they pay.”

She said heat network customers it had spoken to had highlighted price transparency as the first problem to tackle: “No one’s given them any reassurance that the price they’re paying is fair.”

The Government should introduce a standard way of comparing prices among heat networks, she added.

Responding to her fears Energy Minister Greg Barker told the audience there is “no easy answer” to protecting consumers.

Mr Barker accepted “you are going to sign people up to monopolies” but added: “What we need to do is learn from best practice elsewhere …because this is not novel technology.

“This [has been] rolled out across Europe and there are a lot of happy customers.”

He said protecting consumers was essential to the successful uptake of network heating as trust in the energy sector had already hit a low ebb: “I think people won’t trust it if they’re simply being asked to sign up for a twenty year contract with British Gas [or other suppliers].”

Mr Barker said “we need to big up the local element” to bring wary customers on board.