There is no legal or economic case for reducing the UK’s greenhouse gas emissions targets, the government’s climate change advisers said today. The Committee on Climate Change (CCC) believes there […] 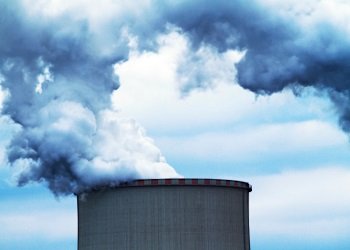 There is no legal or economic case for reducing the UK’s greenhouse gas emissions targets, the government’s climate change advisers said today.

The Committee on Climate Change (CCC) believes there is nothing to “justify a lowering of ambition” of the fourth carbon budget which was set in 2011 to meet the target of cutting 80% of carbon emissions by 2050.

The warning is in stark contrast to comments from Chancellor George Osborne that targets could threaten UK indsutry competitiveness but echoes the Environmental Audit Committee’s call for Britain to stick to them earlier this year.

Lord Deben, Chairman of the CCC said: “This report shows the clear economic benefits of acting to cut emissions through the 2020s. This provides insurance against the increased costs and risks of climate-related damage and rising energy bills that would result from an alternative approach to reduce and delay action.”

The CCC also believes loosening the budget would “undermine credibility” of the UK in EU and international negotiations and “further undermine already fragile investment conditions”.

It suggests putting in place policies to back investment in low carbon technologies, incentives for increasing energy efficiency and continuing to press for efficiency standards for new cars to cut emissions through the 2020s.

Although subsidising low carbon policies could add around £100 to household bills by 2020 and up to £20 from 2020 to 2030, the CCC believes they could save consumers as much as £100 billion in the long run if action is taken in the 2020s to cut carbon emissions instead of delaying to the following decade.

That’s assuming gas prices will stay at current levels and taxes on emissions will rise, the Committee said.

Lord Deben added: “While it is essential to understand affordability and competitiveness impacts associated with the budget, the evidence suggests that these are relatively small and manageable.”

He said the Government should confirm the fourth carbon budget “as a matter of urgency”.