‘Britain should take a risk on nuclear energy’

The UK Government should take a risk on nuclear power and utilise its domestic expertise rather than import resources from other nations. That’s the suggestion from Takuya Hattori, President of […] 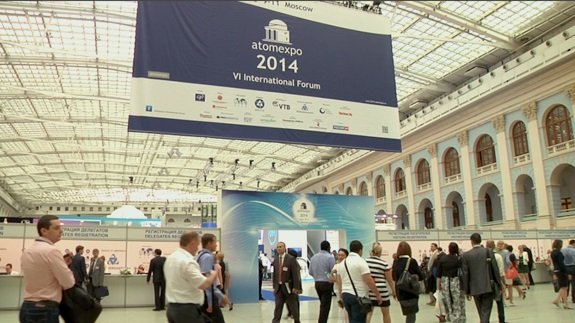 The UK Government should take a risk on nuclear power and utilise its domestic expertise rather than import resources from other nations.

That’s the suggestion from Takuya Hattori, President of the Japanese Atomic Industry Forum (JAIF), who was one of the speakers at the ATOMEXPO 2014 event in Moscow this week, which brought together experts from across the global nuclear industry.

He told ELN of his surprise that Britain’s nuclear industry isn’t doing enough as most of the technologies and expertise for new nuclear build are imported.

Mr Hattori said: “Unfortunately the UK industry, they don’t do it themselves. All the resources, all the technologies are imported from outside. I cannot understand why. The UK can do it but I don’t know why [they aren’t doing it].”

His comments come as three foreign companies – Japan’s Toshiba and Hitachi and French state-owned EDF – are set to build new nuclear power stations in the UK.

When asked about the risks that come with nuclear power – especially after the Fukushima disaster three years ago which led to the closure of all nuclear power plants in Japan – Mr Hattori said careful evaluation of the risks would be needed.

Japan used to rely on nuclear power for around 30% of its energy needs before the disaster but is now dependent on thermal power and imported energy.

Mr Hattori said Japan is “doing its best” to get approval from the regulatory body to restart the nation’s nuclear power plants following enhanced safety based on new regulations but “we cannot say yet when and how many units can be restarted”.

He believes nuclear energy is vital in reducing global greenhouse gas emissions but it is crucial to ensure the safety of the power plants before operation.

Proliferation of nuclear power was a view echoed by Agneta Rising, Director General of the World Nuclear Association (WNA). She believes Britain will be “very important for the whole world” as it prepares for its new nuclear build.

She told ELN: “Nuclear energy is extremely important for the European Union… The UK is a little bit ahead of many of the other countries that started later with investment in nuclear energy… Europe needs to be investing more in new nuclear but is not yet there.”

Ms Rising believes although renewable energy is as important as nuclear, the latter power source has its advantages: “Nuclear is the only one that can really contribute with base load around the clock. So I see that nuclear has a very, very important role that cannot be taken by anything else but it’s also complementing to what the renewables can do.”

The ATOMEXPO 2014 event attracted more than 3,000 delegates from 600 organisations across the globe.