When the glorious summer of football kicks off in Rio de Janeiro, all but a lucky few Brits will be watching the World Cup on the telly. What they might […] 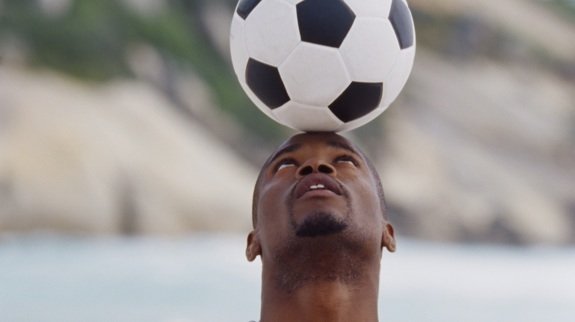 When the glorious summer of football kicks off in Rio de Janeiro, all but a lucky few Brits will be watching the World Cup on the telly.

What they might not realise is their viewing habits could make hefty demands on the electricity grid.

Going on past experience of the Olympics and the Royal Wedding, the operator National Grid will be expecting unpredictable energy needs.

The biggest ever TV “pick up” on record was a World Cup match, the semi-final between West Germany and England on 4 July 1990 when demand for power rocketed 2,800 megawatts, around 1.12 million kettles’ worth.

Two other World Cup outings for the England team in 2002 are also in the top 10 TV moments behind similar surges.

So the National Grid will be preparing in case the same thing happens again a few days from now.

But it takes time for big power stations to switch on or off – two days for nuclear, six hours for coal and efficient CCGT gas plants, two minutes for gas turbines.

At 10 seconds, hydropower storage – letting water pour from a dam through a turbine – is the quickest but there isn’t much of it available.

That’s why companies like Open Energi are contracted in for “demand side response”. They have networks of businesses with equipment that can be turned off or on for a few seconds or minutes at a time without ruining operations.

It isn’t just more power being used – the grid needs to adjust the supply from power stations if there is a big fall in demand.

Last July when Andy Murray was volleying his way into tennis history, came the year’s biggest fall in electricity demand, as people tuned in to watch the gripping Wimbledon final.

During the match, Open Energi was turning on pumps at the Kennet and Avon canal that would otherwise have been sitting idle, to help absorb some of the excess electricity.

Open Energi says its Dynamic Demand service needs to be speedy – at two seconds it’s almost as quick as the ref’s whistle.

Pinning down the results of sports matches is never an easy bet – but which edge-of-the-sofa moments are Open Energi expecting to be called on?

Commercial Director Ged Holmes said: “Our service helps National Grid to balance supply and demand 24/7, 365 days a year but events like the World Cup put a particular strain on the grid.

“England’s final group match against Costa Rica on the 24 June could be a critical game which draws a massive audience. If England make it to the knock-out stage then the remaining matches are likely to see the nation come to a standstill.”

Over the course of Andy Murray’s tennis match, Open Energi was also adjusting heating and air con at Sainsbury’s supermarkets, Aggregate Industries’ bitumen tanks for making asphalt and a boiler at the East of England Co-op.

This summer, the firm expects to draw on an even bigger range of businesses with its automatic frequency response service.

Mr Holmes said: “This summer we will be calling on equipment from an even more diverse range of companies up and down the country including universities, hospitals, metal processors, retailers, quarry operators and water suppliers and each and every one of these companies has their own vital role to play in the match.”

That’s something to think about when Roy Hodgson’s boys run out onto the pitch in Rio.