Tube fares could come down thanks to green energy 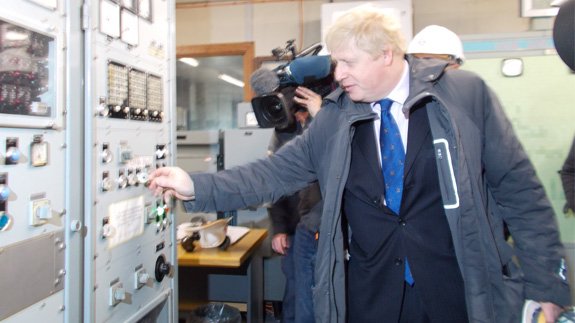 Boris Johnson powers up emergency back up supply of electricity for the London Underground at Greenwich Power Station. Image: Taryn Nixon / ELN

Plans to restore the Greenwich Power Station could lower tube fares, the Mayor of London has told ELN.

Mr Johnson said: “If you can have reliable sustainable power for the tube, then that will help us as well to reduce the cost for fares as well.”

The mayor estimates 34,000 tonnes of carbon emissions will be saved each year by 2025 when the “green heat” network linked to the gas turbines is fully built.

Currently Transport For London (TFL) buy their electricity from national systems but with the power station generating its own electricity, it could make it a lot cheaper to run the tubes.

A spokesperson for the Great London Authority added: “In re-powering this power station which they [TFL] can do quite effectively, to reduce their operating costs, it keeps the tube fares lower.”