The UK offshore oil and gas industry has seen its worst yearly performance for four decades. Industry body Oil & Gas UK said the sector has been badly hit as a […] 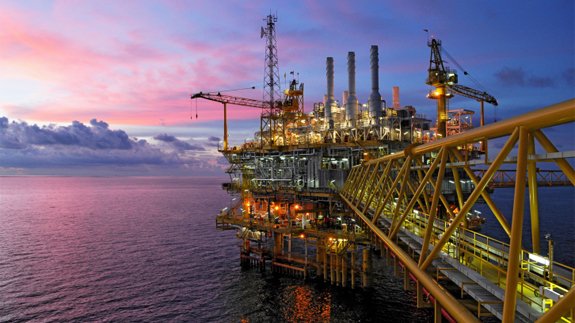 The UK offshore oil and gas industry has seen its worst yearly performance for four decades.

Industry body Oil & Gas UK said the sector has been badly hit as a result of rising costs, taxes and “inadequate regulation”.

According to its latest report, the industry spent and invested £5.3 billion more than it earned from sales last year – the worst since the 1970s.

It said the cost of producing a barrel of oil rose to a record high of £18.50 and falling oil prices, which plummeted to below $50 a barrel this year, meant revenues dropped to just over £24 billion for the year – the lowest since 1998.

Oil and gas exploration last year was “significantly worse”, with only 14 wells drilled out of the expected 25. The figure is forecast to drop in 2015, “possibly into single figures”.

Malcolm Webb, Oil & Gas UK’s Chief Executive said the “bleak” findings emphasise the importance of government and industry to put the right measures in place to secure its long-term future.

He added: “This is crucial not only for the energy security that domestic oil and gas production provides but also for the hundreds of thousands of highly skilled jobs, advanced technology and billions of pounds of exports which the industry underpins.” 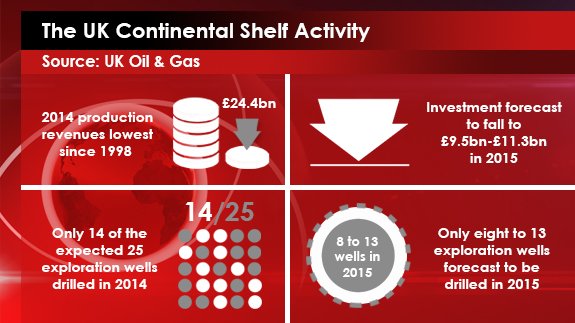 The report suggests the balance between investment and cost control must be right: “Cost cutting alone will diminish this industry. To survive, we must sustain investment, which is why this province is in urgent need of significant regulatory and fiscal reform.”

A government spokesperson said: “The UK Government recognises how important the North Sea is, both in terms of the thousands jobs it supports and the benefit it brings to the UK economy. The package of fiscal changes and initiatives announced by Treasury in early December shows the Government understands the challenges and is on the front foot in dealing with them.”

The cost of operating the UK Continental Shelf (UKCS) has continued to rise from £8.9 billion to £9.6 billion in 2014. Investment in the industry this year is forecast to fall to between £9.5 billion and £11.3 billion.

Production however had its best year-on-year performance since 2000, falling just 1% since 2013 to 1.42 million boe per day (boepd) last year.

Earlier this month, ELN hit the International Petroleum (IP) Week in London to find out if the low oil price is really a bad thing for the industry.