Lancashire County Councillors have rejected fracking firm Cuadrilla’s application for pressure monitoring and testing of the rock formations at a village in the county. The Development Control Committee refused permission […] 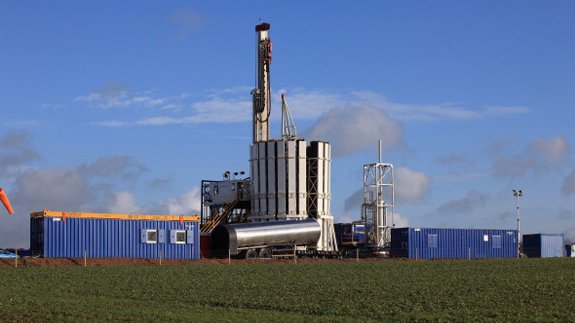 Lancashire County Councillors have rejected fracking firm Cuadrilla’s application for pressure monitoring and testing of the rock formations at a village in the county.

The Development Control Committee refused permission for the plans at Cuadrilla’s Grange Road shale gas exploration site despite a previous recommendation by planning officers and the Environment Agency that it should be approved.

The fracking firm had sent an application for retention of the site compound for a further three years to carry out the seismic monitoring tests in Singleton.

Following the testing, the well would be plugged and abandoned and the site restored back to agriculture, the company said.

Planning permission for the temporary change of the use of land from agriculture to a site for drilling and testing for hydrocarbons was granted in April 2010.

The company said: “It is not clear what the technical basis of the Council’s decision was. As a consequence, the Grange Hill well appears to be in planning limbo since permission to plug the well and restore the site has been refused. We are awaiting clarification from the Council before deciding on next steps.

“This application was to use the existing well at Grange Hill to carry out seismic and pressure monitoring after which the well was to have been plugged with cement and the site restored to greenfield status. The application did not entail any drilling or hydraulic fracturing operations.”

The decision on Cuadrilla’s applications for its sites at Roseacre Wood and New Preston Road in Lancashire is expected to be made before the end of April.