Energy Secretary Ed Davey has officially opened England’s largest onshore wind farm in Lincolnshire. The £98 million Keadby Wind Farm has 34 turbines, which will generate up to 68MW of […] 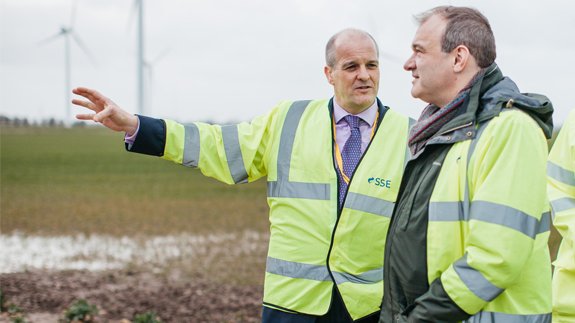 The £98 million Keadby Wind Farm has 34 turbines, which will generate up to 68MW of electricity.

The project is estimated to have contributed £43.3 million to the UK economy and supported more than 700 jobs since construction began in 2011.

Developer SSE said it will also provide funding worth £8.5 million to support community projects during the 25-year lifespan of the project.

Energy Secretary Ed Davey added: “Onshore wind is the cheapest form of low carbon power we have. It powers millions of homes and provides thousands of green jobs for people across the UK. But the benefits of onshore wind projects like Keadby don’t stop there.”