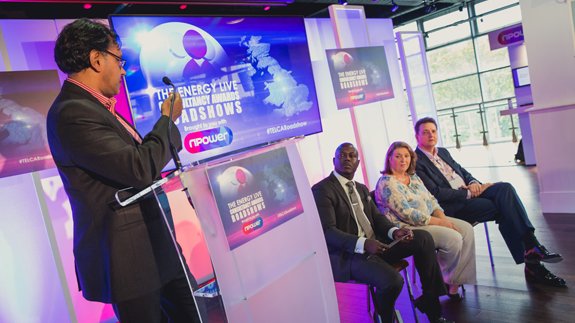 There were mixed views about the new energy audit scheme among TPIs at The Energy Live Consultancy Award (TELCA) roadshow last month.

Under the Energy Savings Opportunity Scheme (ESOS), large energy users in the UK are obliged to assess their energy use by the end of the year.

He compared it to the Carbon Reduction Commitment (CRC), the previous energy assessment scheme, which he said was “a diabolical sham”.

“It didn’t work, nobody cared – nobody gave a damn,” he said and it wasn’t enforced: “Where were the fines? I haven’t heard of one person who got fined from the CRC”.

He said the government must have realised it didn’t work and it only needed to register large users and ESOS was a way of doing that.

Mr Ashleigh added: “ESOS as a consultancy is absolutely brilliant.

“Not only does it give you the information of what the client is doing and where you can project them to be – but once you’ve finished an ESOS audit, you and the client have a bond.

Anne Williams, Managing Director at Power Direct added the scheme has opened up the issue of carbon reduction to people who wouldn’t otherwise be obliged to audit their energy use.

However, she said: “I’ve spoke to quite a few customers about ESOS, the initial response is to comply, rather than to use it as an opportunity to gain anything.

“I’ve got mixed feelings, it’s part of the European push to reduce carbon by 2020 and we have to do it. I’d like to think that it does reduce consumption.

“I’m not entirely convinced of it yet. I think it will increase compliance.”

Mark Alston, General Manager at ENER-G said: “The difficulty with it is just the time frame, it’s creating a bonanza this year in terms a lot of surveys to be done.

“I suppose you’ve got to welcome it and hope that it does produce the results in terms of energy reduction they’re hoping.”