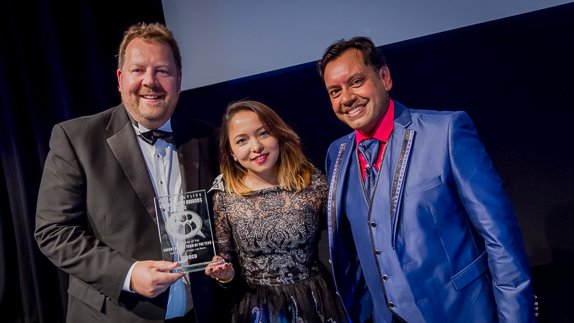 Chief Commercial Officer David Cockshott said the first award was “the best one to win”.

He added: “TPIs often get a bad name but actually what we’re there to do is help customers get the best out of the energy market.”

After winning the Energy Buying Team award he said it was one the company “really wanted” and it “really does reflect everything Inenco is all about”.

The annual show, hosted by ELN Editor Sumit Bose, aims to reward the best consultants and brokers in the business.

Held at the Mermaid Theatre in central London, it was the third instalment of the awards show and the biggest yet with around 500 attendees.