The health impacts of air pollution is higher than expected after taking into account an extra pollutant. The Mayor of London, Boris Johnson, has published a report which assessed the health and […] 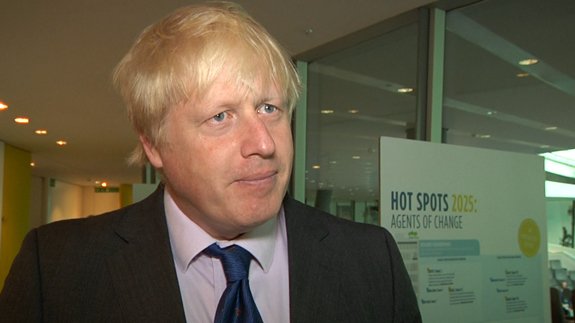 The health impacts of air pollution is higher than expected after taking into account an extra pollutant.

The Mayor of London, Boris Johnson, has published a report which assessed the health and economic impacts of the air pollutant nitrogen dioxide (NO2) in 2010.

During that year there was the equivalent of 5,900 deaths associated with NO2 long term exposure.

The study, which combined particulate matter (PM2.5) and NO2 figures, revealed a total of 9,500 equivalent deaths attributed to air quality in 2010.

However, the report claims this will have “decreased significantly” in 2012 and 2015 due to green measures which have been implemented in the capital.

They expect the reduction in pollutant levels between 2010 and 2020 result in nearly up to four million years of life being saved.

This excludes the expected impact of the Ultra Low Emission Zone, which the report claims will lead to significant reduction in the number of people living in areas of poor air quality (where levels of NO2 exceed legal limits) – by 72% in central London and 54% London wide.

The study also found nearly half the health impacts are caused by air pollution outside London such as diesel fumes and industrial emissions transported from the Continent.

The report, produced by experts at King’s College London, is the first  to look at NO2 emissions as all previous studies have focused on particulate matter.

Mr Johnson believes the new findings mean the government must now rule out the expansion of Heathrow, which has been criticised by environmental groups.

Ms Heather Walton from the Environmental Research Group at King’s College London and author of the report said: “The evidence on the health effects of NO2 has strengthened in recent years, including evidence linking long-term exposure to NO2 with mortality.”