Gas-fired power plants are being “heavily relied upon” today to support demand as wind generation continues to be subdued. That’s according to npower’s daily market report, which states the gas […] 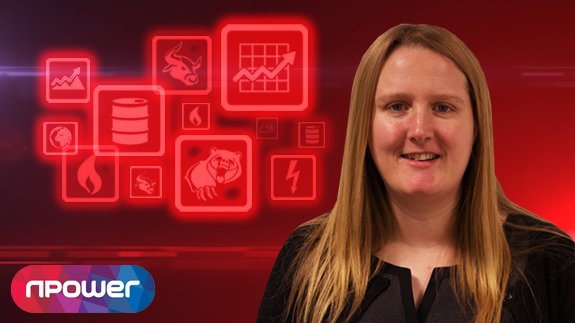 Gas-fired power plants are being “heavily relied upon” today to support demand as wind generation continues to be subdued.

That’s according to npower’s daily market report, which states the gas system has opened roughly balanced this morning,

Demand is at 182mcm, which is above seasonal normal levels but still down from yesterday’s close.

Gemma Bruce from npower’s optimisation desk said: “Following the surge we saw at the beginning of the week, Langeled flows are once again down a touch.

“[They] are currently flowing at 33mcm and are expected to remain roughly around this level going forward.”

LNG send-out continues to be stable at more than 30mcm and could pick up further with five cargoes expected to arrive in the UK over the next couple of weeks.

Storage is nominated to inject close to 16mcm.

Power margins are in line with recent levels with the peak currently forecast at 11GW.

Imports from the continent continue to be at full capacity in the direction of the UK once again with gas-fired generation is dominating the stack at 40% of total generation.

Wind generation forecasts are expected to increase today and tomorrow morning and reach a peak of 2.5GW by Thursday afternoon.

Ms Bruce added: “Coal prices have fallen to their lowest level in almost a decade this week as China’s devaluation of its currency raises further concerns over the economy of the world’s largest coal consumer with the front year last traded at $54.50 a tonne (£35).”

On the currency side, the pound continues to come under pressure against the euro and is now 1.92% lower than last week with the pound worth €1.40.